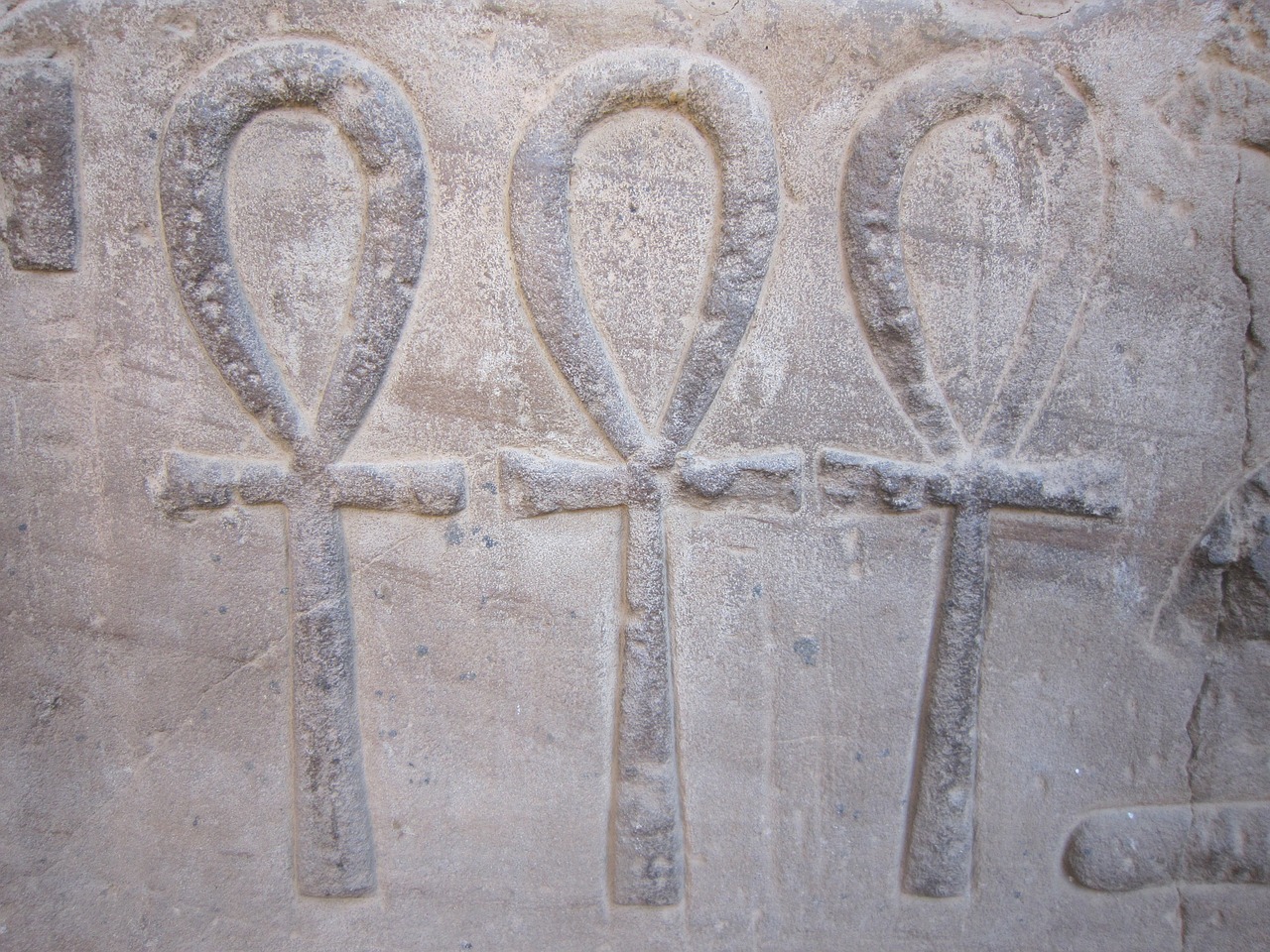 One of the most recognizable symbols engraved throughout the Egyptian pyramids on tombs and hieroglyphs is the Ankh representing the “key of life” or “breath of life”.

A profound symbol with unknown origins is sometimes referred to as the the key of the Nile – representative in Egyptian mythology as an image of eternal life, both on ones earthly journey and the afterlife.

The Ankh frequently appears on the fingertips of the powerful Egyptian people of high ranks such as kings and pharaohs, upholding their immortality. Considered on of ancient Egypt’s sacred symbols some may interpret the ankh as the elements of water, air, and the sun.

Alternately, some scholars believe the Ankh can be interpreted as opposing forces, similar to the Yin & Yang, but between masculinity and femininity – perhaps behind Akhenaten androgynous appearance. A symbol that can also be linked to Egyptian gods such as Osiris, Isis (knot of Isis), and Ra (Sun God), hence why its gold color was in compliance with the sun.

According to some archaeologist they believe this iconic symbol represents the path of the sun on the horizon, whereas critics claim the work “Ankh” was used to represent “mirror”.

In dreams or visions the Ankh may can be seen as a symbol behind hidden knowledge and wisdom. Often obtaining this ancient knowledge though the Third Eye – in emerges in our dreams to spiritually protect us along on life’s journey or higher consciousness. The Ankh in a dream can be considered a positive omen bringing spiritual luck and protection to the dreamer.

The unconscious may use the image or the shape metahporally as key; given the ability or power to unlock this mystery that belongs within. The circle is known to connect with the infinite or eternal bridging your connection with a higher source.

The Ankh contains both a masculine and feminine traits that encourages the dreamer to explore integrating the opposites within the psyche. According to Carl Jung one must be able to integrate their male (anima) or female (animus) energies in for completion of The Self.

Dreams of an ankh symbolize that you are integrating the opposite aspects of your being, your feminine and masculine, heaven and earth, which means that you are realizing the key of life. See Integration Dreams.

It’s enigmatic shape is formed, starting from the top by a loop/circle – a symbol representing completion, God or enlightenment, having no beginning or end.  The ankh has a cross shape but with a teardrop-shaped loop in place of an upper bar. Similar to the Christian cross over time the loop at the top became lost. However, the origins of the Christian cross has been depicted based on the Egyptian Ankh can be debated.

In the The Coptic Christian Church established by Saint Mark, an apostle the 1st century (c. AD 42) adopted the Ankh symbol as its crux ansata, a cross with a handle.