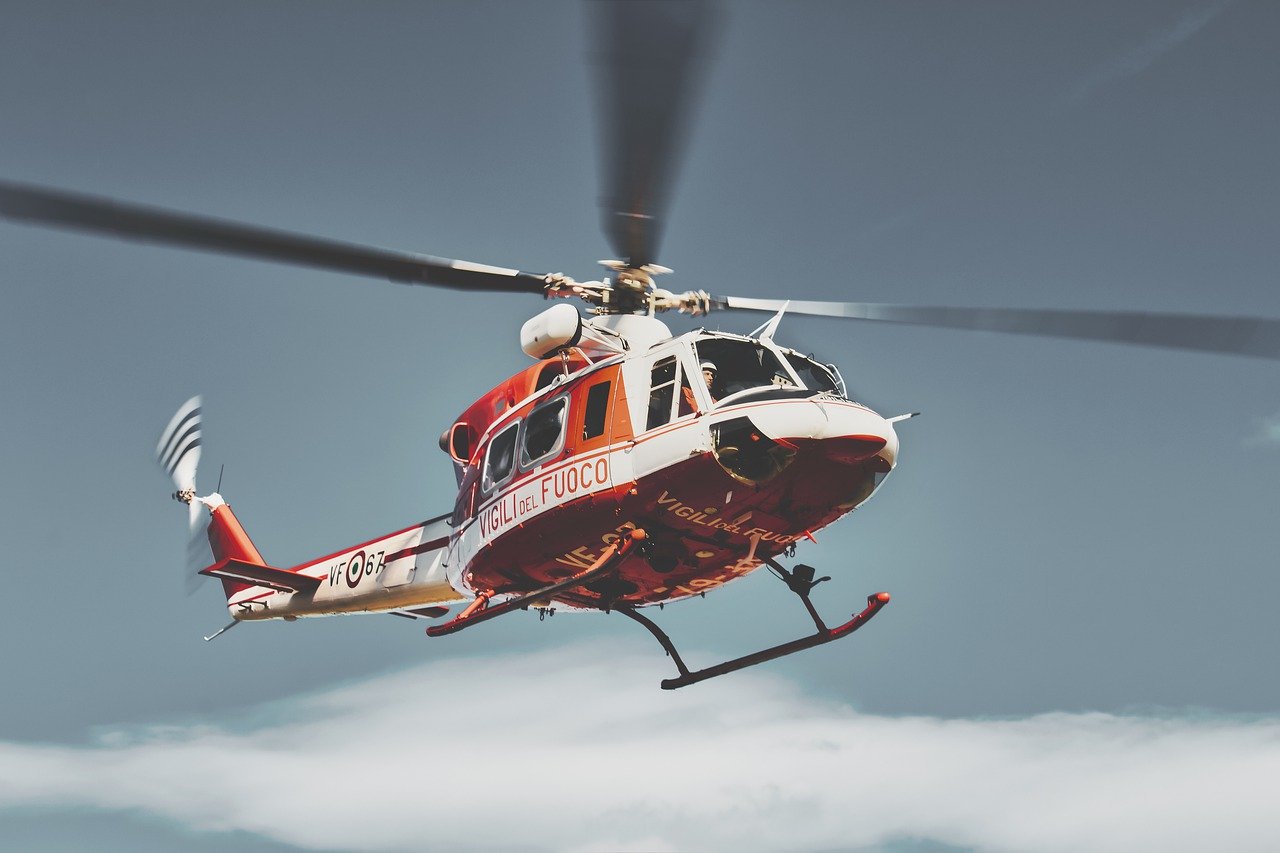 Did you dream of a helicopter?

Dreaming of a helicopter represents quickly taking off in some aspect in your life.

Anytime the dreamer goes directly up in the air in becomes a positive symbol that reflection of something will or has rapidly accelerated towards positive growth. But this growth can be hindered if the dreamer sees the helicopter in a negative manner.

What makes the helicopter differ than a plane is the fact it tells the dreamer that this transition might happen without much notice. Usually when new growth is on the horizon it takes time to manifest, but when  you are on a helicopter it symbolizes accelerated growth and success.

How the helicopter appears in your dream will determine how the outcome of this accomplishment or failed limitations — known to take off, land, and sometimes crash. Your helicopter dream will drop hints by showing you specific locations and the final place of destination.

The purpose of helicopter is to make you reach the sky up above. The spiritual or prophetic meaning of helicopter connects to towards the sun; Heli– comes from Greek hḗlios, meaning “SUN.” The Latin cognate, sōl, is the source of several words related to the sun, such as solar and solstice.

In our Dreams The Sun has a very strong connection with the masculine energy, god, and new growth in our lives. The helicopter reaches high off the ground thus bringing you closer to God. You will also be provided with better sight connecting you towards your intuition.

The helicopter also gives the dreamer the ability allows you to escape difficult situation that they are facing. Helicopters can be broken down metaphorically suggesting moving objects from place to place, help rescues people in hard-to-reach places like mountains or in oceans.

It can be an eye in the sky the connection with the HAWK also known to reflect a higher awareness or bridge to God. Furthermore, the circular motion of the propeller links the dreamer toward the iconic CIRCLE — The shape that has no beginning or an end it becomes the force that  guides the dreamer towards enlightenment, transformation and a rebirth.

Did you have a bad helicopter dream?

Unfortunately helicopters are known to crash, end up on fire and even chase the dreamer. So if a helicopter points towards success, freedom and growth, a negative dream about helicopters reflects the opposite taking place in your life.

Maybe this dream was hinting at some sort or unrealistic expectations or failed goals that crashed in the beginning stage. But these dreams are not warnings but preparing you to expect some delays if you haven’t had them already.

Helicopter hieroglyphs refer to an Egyptian hieroglyph carving from the Temple of Seti. Some say that this engraving was resurrected over many times giving it a look of a UFO or helicopter. But what if this was the original? If this was the case than the helicopter would have a more profound meaning that dates as far back as 3,000 BCE or perhaps older.

The biblical meaning of a helicopter in your dream represents new connection with God and higher consciousness. Because helicopters were not around during the time of Jesus, similar to the bible symbols emerge metaphorically in our lives.

I dreamed that a helicopter is about to land infront of our house but it stops a bit and enters inside our house specificly infront of me. Can you please enlightened me with my dream? thank you. 🙂

I had a dream about a helicopter, I was at country-side in real life and I was parking the helicopter in the parking lot of a complex of supermarket, a giant mall from my city called Auchan. The helicopter was blue, if I remember correctly. Maybe it has indeed something to do with moving from one place to another, cause now, 2 days later, I’ve moved back to the city.

The Dreamer
Author
Reply to  Filozofu

I think the supermarket might be related to what you are in search for that will benefit/nurture you. The parking lot might suggest you have found it inside this big complex.

Its possible that it might be connected to moving as well.