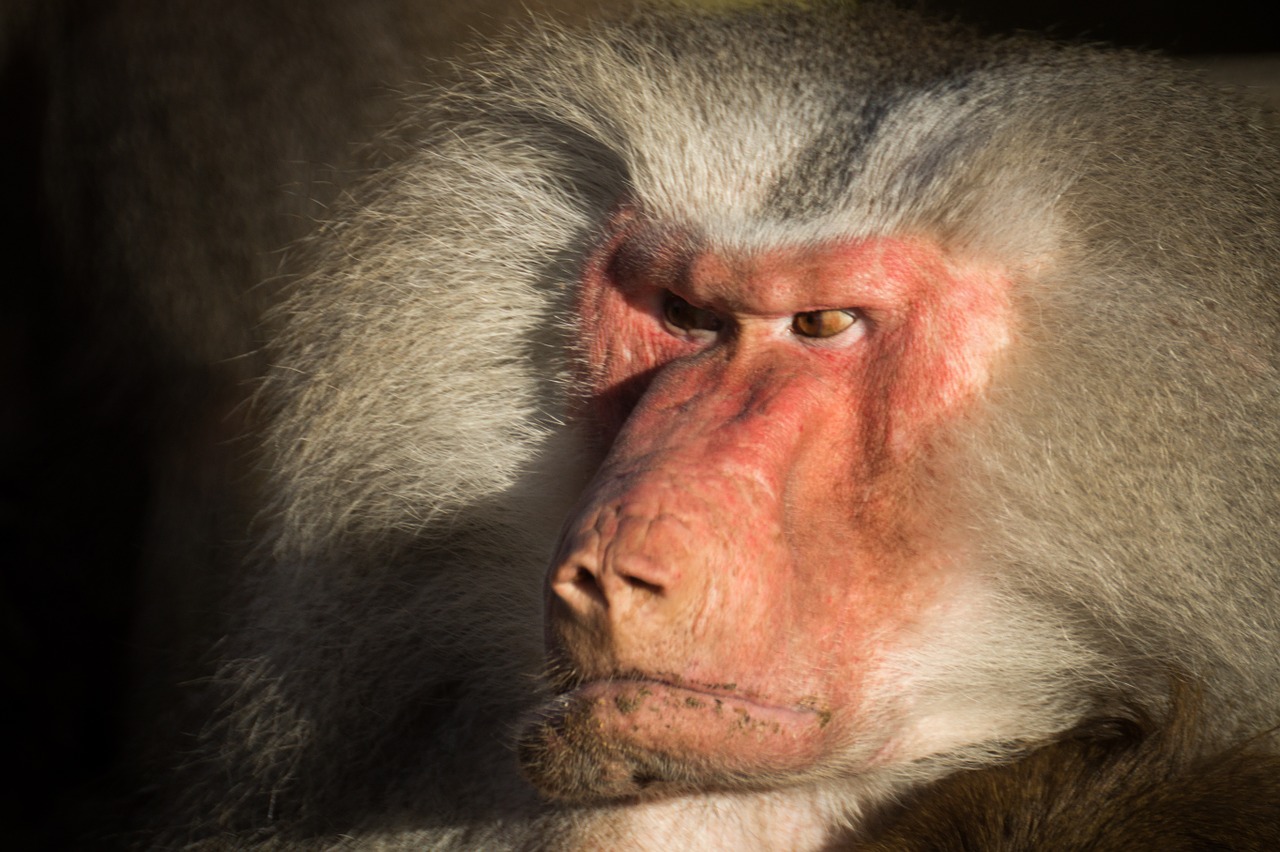 What do baboons symbolize in dreams?

Has the world’s largest monkey just appeared out of nowhere in your dream?

Well it turns out that this isn’t just a fluke, because the baboon in your dream contains a highly symbolic meaning. The mere fact that ancient Egyptians connected the Baboon (Babi) as a deity from the underworld known to devour souls, we must take this dream symbol very seriously.

Since Baboons are only found in a specific areas of the world (Africa and Arabia), it tells you that this symbol is wild to the dreamer. What do we mean by wild? It might suggest one of two things. Either the baboon in your dream belongs to the wild unconscious aspect of you – or – someone in your life that mimics its crazy behaviors.

Unlike it’s other primates like the chimpanzee, apes or the monkey, the baboon like to appear differently in hopes they will help you find the hidden meaning.

How the baboon likes to show up in dreams?

Baboon and the unknown side of the dreamer

Any type of unrecognized wild or unconscious behaviour you possess will metaphorically appear coded in your dream. The baboons place of habitat (open savannas and woodlands) connects to your primitive nature, wild instincts and aggressive behaviors.

The baboon in your dream wants you to know how well you are aware of these negative traits within by behaving in a particular manner. Often times when the baboon attacks the dreamer it represents their own inability to correct these behaviour, but it can also mean a dominant aggressive male that they avoid in their lives. Being chased by the baboon tells you that you are avoiding aggressive tendencies or belonging to someone else.

This might be why the bamboos appear large like giants in our dream because it shows that this masculine energy has power over you. Did you know that the dominant male usually runs the troop? Well since they are social monkeys it might pull you towards social settings in your life. Being attacked shows that you are lacking the strength and are venerable.

Was the baboon inside your house?

The moment the baboon is inside your house in your dream the problem belongs in your internal world. Why? Because houses in dreams act as a blueprint or inner architecture that allows you to find an issue or find success.

Depends what the baboon is doing will alter the dream, however these wild troublesome monkeys should not be living inside your head.

Angry or dead baboon in dream

To dream of an angry baboon seems to imply that you may have stepped on the foot on someone who carries its aggressive, dominating tendencies. Depending on the location it helps narrow down who or what the baboon means in your dream.

Alternatively, the angry baboon could in fact be related to your own aggressive behaviors that are not fully recognized.

A dead baboon could be a good symbol in our dreams that you were able to defeat negative aggressive traits, unconscious negative behaviors or people that surround you.

Spiritually speaking baboons are known to represent community, protection, courage, strength and family. The baboon reflects hidden unconscious traits of the dreamer that point to being curious, mischievous and playful around others.

Biblical meaning of baboon in a dream

Nowhere in the Bible is the baboon supposed to be indigenous to Israel. Apes and baboons are mentioned with gold, silver, ivory, and peacocks among the precious things imported by Solomon from Tharsis (1 Kings 10:22; 2 Chronicles 9:21).