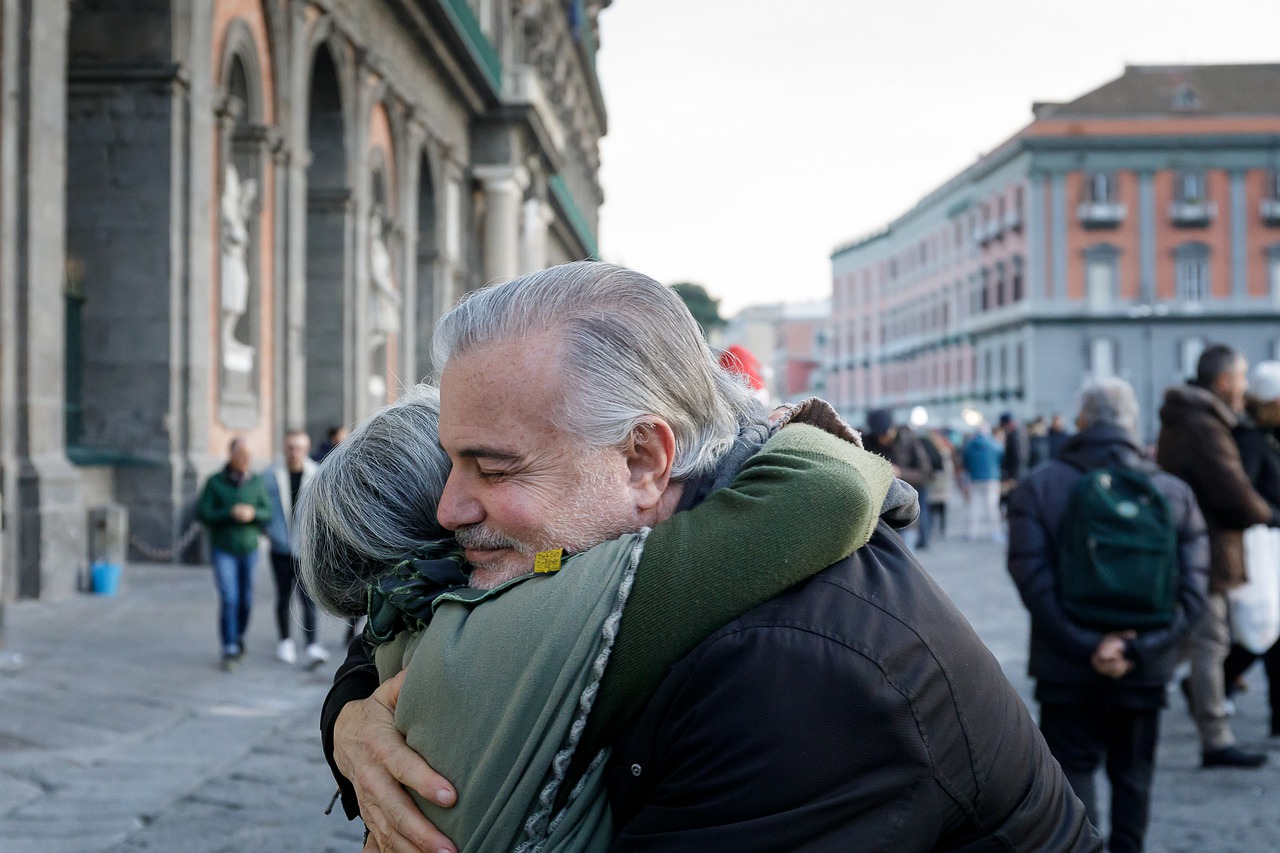 Dreams of hugging or embracing someone are extremely vivid dreams known to feel real that contains a hidden message.

Hugging in dreams is a positive symbol that represents joy, acceptance, protection, and happiness between these two people.

When humans kiss – cuddle, hug, or even hold holding hands – our bodies release a “feel good” hormone. The body release a chemicals called oxytocin, dopamine, and serotonin. Once these special hormones are released on our body we express feelings of joy, relaxation, increased mood, and protection. Your dream is hinting at something positive, but what exactly could that be?

When we hug someone in our dream we are often expressing or releasing some sort of unconscious emotion that have been pent up within. Hugging contains a hidden metaphorical message entwined between these two energies.

Depending on who the dreamer hugs will automatically change the meaning – a symbol that changes if you are hugging your ex, a dead loved one, a crush, or even being hugged from behind.

Dreaming of hugging your ex is considered a positive dream symbol reflecting acceptance, forgiveness, and unconditional love. The hug has more to do with the dreamer and not the ex. Alternately, someone who wants to get back or misses their ex might have dreams of this nature.

The so called image of “hugging” becomes a symbol of moving on mentally as you have had time to reflect. It can be months or years after the hug may emerge, a sign of unconscious emotions that have been acknowledged within. Hugging the ex occurs when a transition has occurred, the new version of you has made peace.

Dreaming of your crush might be more complex than you think. Crushes can be viewed as more than just an infatuation but rather something bigger that is being projected in the dream.

Article: Find Out Why Your Crush Appears In Your Dreams.

Hugging your crush in your dream hints at many possibilities. The infatuation or the desire to be “close” with your crush may be projected in your dream. Another meaning might be relating to the dreamers anima or animus – the inner masculine or feminine within the psyche that craves some sort of unconscious connection that is not fully understood yet.

Unlink hugging, cuddling someone in our dreams has more of a sexual undertone relating to desires, becoming closer, merging two energies and unconscious connection.  If you think it about it whenever we touch – cuddle, hug, or holding hands – our bodies release “feel good” hormones. So cuddling in our dreams becomes symbolic in the sense you will receive this positive energy coming your way. Alternatively, the need or longing for physical closeness, affection and security may be reflected by “cuddling” a need or craving for this in your life.

Spooning is a form of cuddling where two people lay on their sides usually on a bed. Spooning in dreams is metaphoric for a need or desire wanting to be close to the person. Did you spoon on a bed? Beds in dreams are very powerful omens that connects with the personal, more intimate side of the dreamer. Spooning in dreams gives your comfort and reassurance that everything will be just fine.

#5. Hugging Our Dead Loved Ones In Dreams

You might be surprised but hugging our dead friends or family in our dreams is quite common. Hugging in the dream realm becomes a hidden message sort of like receiving gifts from the dead because you have been given something special. But what could this be exactly?

Because the dead are unable to talk to us anymore they often appear in our dreams by giving us coded messages — hugging the dead almost becomes a transfer of energy between two sources. Sometimes they hug us for something as simple to tell us “hello”, or they are just missing you, but other times it a bit different. It could be possible that this hug is more of a unification of unconscious energies that not only heals us but swaps information within the hug in the ether world. If you think about the majority of gifts they give us are often comprised of money, coins, boxes and jewelry, coded in symbols to understand the message; why wouldn’t the hug be any different. You could also see it as your body is a memory card and the hug is sort of like a download of information.

Do You Dream Of Receiving Affection?

Opposite to hugging or cuddling, when we dream of receiving affection it becomes a positive dream of a transfer of energy. They have come to show you support, love and guidance during specific times in your life – unconscious connection that is not seen but felt.