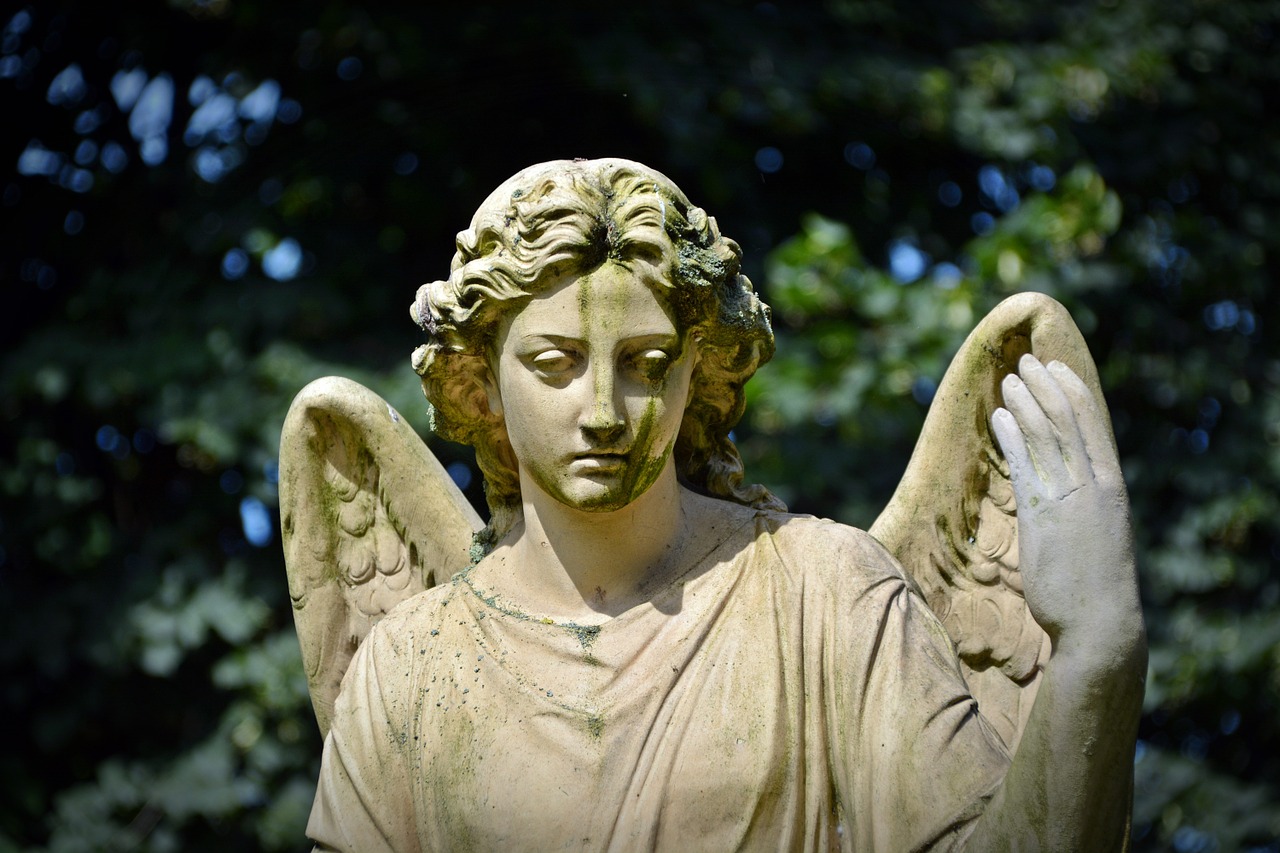 Are you dreaming of angels?

For some odd reason when angels appear in our dream they often come in the same way to each dreamer. They are known to fly in the sky, talking to you, protecting and even sing to us. Seems strange right?

But how do you know for sure that this dream wasn’t just your imagination running wild but this was a dream of an actual connection with an angel?

Well you will notice when they do emerge our dreams are extremely vivid and you might even wake up feeling happy or warm glow around you. These dream encourage you to think about if you are someone who needs some sort of reassurance or advice during a specific time in your life.  This will help you determine the angels purpose in your dream.

In the Book of Ezekiel, the prophet’s vision depicts them as having four faces: that of a lion, an ox, hawk, an eagle, and a human. Similar to how the Bible uses parables our dreams speak to us in a coded language using metaphors. Angels might even appear in forms of apex animals in previous dreams informing you of their presence.

In the Book of Enoch they mention the seven holy angels who guide over us, that often are considered the seven archangels: Michael, Raphael, Gabriel, Uriel, Saraqael, Raguel, and Remiel.

Other signs that comes with angel dreams

Did you dream of angels flying?

One of the most common dream themes revolving around angles is when they are flying in the air. Flying in our dream is one of the most positive omens representing freedom and success. But when we notice angels flying it might be connected to some sort of divine intervention or protection along your life’s journey.

Divine intervention active intervention of a deity (divine form) in the affairs of humans. In your dream this might be a vision allowing you to see the workings at hand. You might notice the angels flying in the sky in your dream as they have the sight that you are unable to see what ahead.

In the Christian religion, visions and miracles are often considered forms of divine intervention but can also appear in dreams or under psychedelics; with believers feeling they’ve appeared in the midst of a crisis or in response to prayers

We know for one thing that whenever angels appear in our dream they provide the dreamer that something very special is around them.

In our dreams cry out and sing these songs, and in doing so we are baring our souls and sharing our agony, our divinity, our wonder at life. If you dream of angels singing it represents triumph over pain, intervention and a release of repressed emotions.

These angelic sounds might sound unfamiliar but pure at the same time as if a choir has joined filled with a bunch of singing angels.

What happens when an angel talks to you?

These profound dreams are so vivid but sometimes we are only able to remember bits and pieces from the conversation. However the conversation might be stored within your unconscious mind and faith will bring you towards the right direction.

The angel that communicates with you in your dreams symbolizes guidance and wisdom that might be realized down the road.

Anytime you would dream of angels and demons fighting it represents your own inner battles between right and wrong. In our lives path we want to reach our goals and dreams as fast as we can but we are held back by our own inner demons which don’t let us move in the forward direction.

Your dream maps out this inner struggle that you are dealing with whether it stems from your addictions, hate, urges, behaviours or your SHADOW.

To dream of angel wings represents protection from a divine force that you might not be able to see but feel. The wings may also act as protection as you are advancing during a difficult time in your life.

Dreaming of cherub or baby angels?

The definition of a cherub is a sweet looking innocent baby, or is a winged angelic figure. You might be shocked to find out that these cute little angels appear randomly in our dreams. But is it really random?

A cherub is one of the unearthly beings who directly attend to God, known for many different roles like  protecting the entrance of the Garden of Eden. These baby angels in your dream might a sign that they are offering you protection from the network above.

Dream of angel falling from the sky?

If you dreamt of an angel falling from the sky alters the meaning depending the mood of the dream.

In Abrahamic faiths, fallen angels are angels who were expelled from heaven. The fallen angels are named after entities from both Christian and Pagan mythology, such as Moloch, Chemosh, Dagon, Belial, Beelzebub and Satan himself. Dreaming of a fallen angel might represent your religious views of evil or unconscious aspects of yourself that has sinned or went against god.

Almost 30 yrs ago, I dreamt of a calm male angel with long tied hair who introduced himself as Gamaliel. He wore a white robe but no wings in my dream. He assured me that as a guardian angel, he would watch over my three sons who were all less than 7 yrs old at 5hat time. It was my children’s daily evening practice at home to pray the Prayer -Angel of God when they were young. Until now I could not forget such dream and I have shared this experience already to some of my friends to encourage them… Read more »