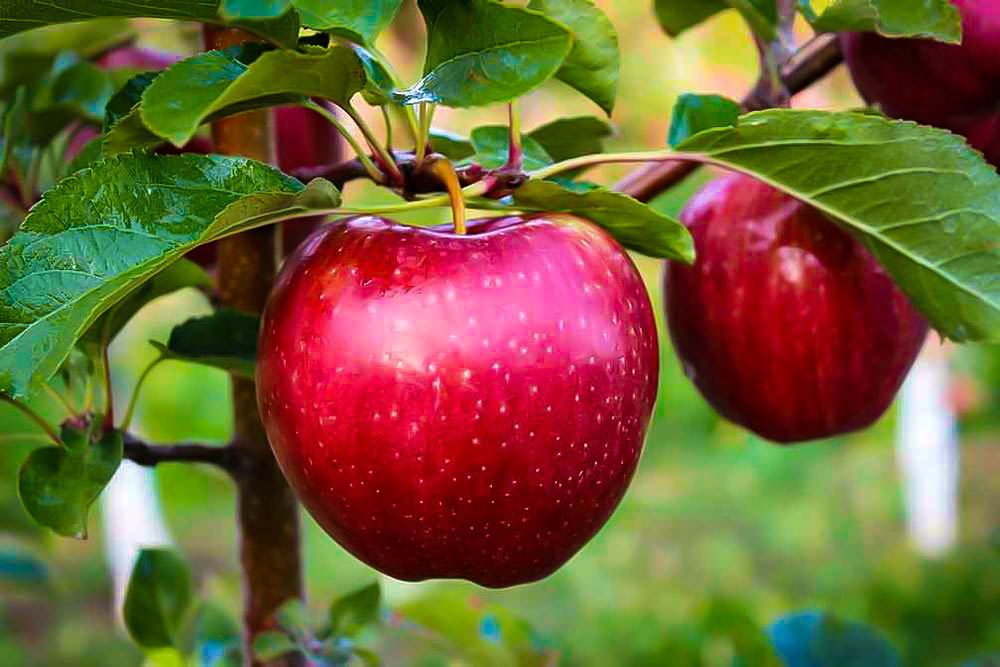 Looking for an easy answer to why an apple appeared in your dreams? Unfortunately this is not going to be a simple diagnostic as this is a highly complex symbol.

This is not just a nutritious fruit we eat to keep the doctor away, but reflects elements of temptation, fertility, seduction, rebirth, and the symbol of life.

So how do you know what the apple is trying to tell you in your dream. First you will need to examine how the apple is portrayed in your dream, picking one from a tree would translate differently than eating a ripe red apple.

Secondly, you would need to reflect on what events in your life that revolve around what this metaphoric fruit is mirroring. Lastly you will need to understand how this particular fruit has shaped your beliefs. Due to its iconic role in the Bible or that in fairy tales, the apple may emerge as a warning to investigate what you might be mischievously indulging in.

How Apples Appear In Our Dream:

Noticing an apple tree in your dream can be considered a positive omen relating to protection, grounded nature, spirit, knowledge and personal growth.

Trees are seem as symbols connecting us to the heavens (crown), and the rooted in the foundations of earth. The apple hanging from the tree becomes the symbol for the cosmos or totality, due to its nearly perfect spherical shape.

The perfectly round shape of the apple (circle) may be a representation of the self, eternity wholeness, God or the infinite. Could this be a representation of your personal development relating to the mind, body or soul.  Alternatively the apple tree can be seen temptation or original sin in Judeo-Christian tradition. Could it suggest that you are being tempted by your own instinctual drives?

In Norse mythology it was associated with the goddess Idunn, who fed the apples to the gods keeping them young forever. Even in Greek mythology the apple tree positioned in the middle of the garden of the Hesperides, bearing golden fruit as a gift of immorality to those who ate it.

Picking apples from a tree in your dream is considered a positive omen suggesting benefiting from the unconscious nourishment’s.

Since our dreams have a hard time communicating messages to us we can dissect the apple metaphorically. Think about when you cut the apple in half with the core representing the vulva. A symbol in our dreams that connect us with pleasure or a possible inner transformation – being born again.

Their seems to be a common relation to pregnant women and dreaming of apples. The link between the shape of the core of the apple, the wholeness and abundance might relate to the birth of the child.

Eating apples can be considered both a positive or negative symbol, however it might be difficult to give a definite answer. In a positive light we can see this symbol appearing when love, beauty and romance is illumining in your life. Multiple apples may suggest fertility or abundance of something in your life. Getting close to the center of your core – the self.

Perhaps the image of the apple appeared to reflect sin or something forbidden in your life. In fairy tales you find the wicked witch who gave innocent Snow White the poisoned apple. Could you be tempted by your shadow – the unconscious behaviors, traits or instincts within?

In the Bible there is the forbidden fruit in the Garden of Eden, which is usually drawn as an apple. Just as the snake tempted Eve to eat the Fruit of Knowledge, which led to sin and the fall of man; which in turn associates with desire and lust.

Does it matter if the apple is displayed red or green? Both of these colors are quite significant when they appear in our dreams.

The red apple might be considered a symbol of sexual seduction, temptation, passion, grounding (root). On a tree the roots and the color red might be correlated with root chakra energy – symbol of grounded energies rooted in mother earth.

A green apple in our dreams might be connected to abundance, heart, love, nature, growth, fertility and rebirth.

Interesting enough apple pies are quite common dream symbols. It appears to be metaphoric for getting your share of the pie, part of what is whole, or rewards for your hard work. Made from egg which is another symbol along with the round apple to be a symbol of the self.

Keep in mind that the apple can might be a metaphor relating to a particular situation in your life. The location of the apple and the people around you are all clues how to decode the dream.