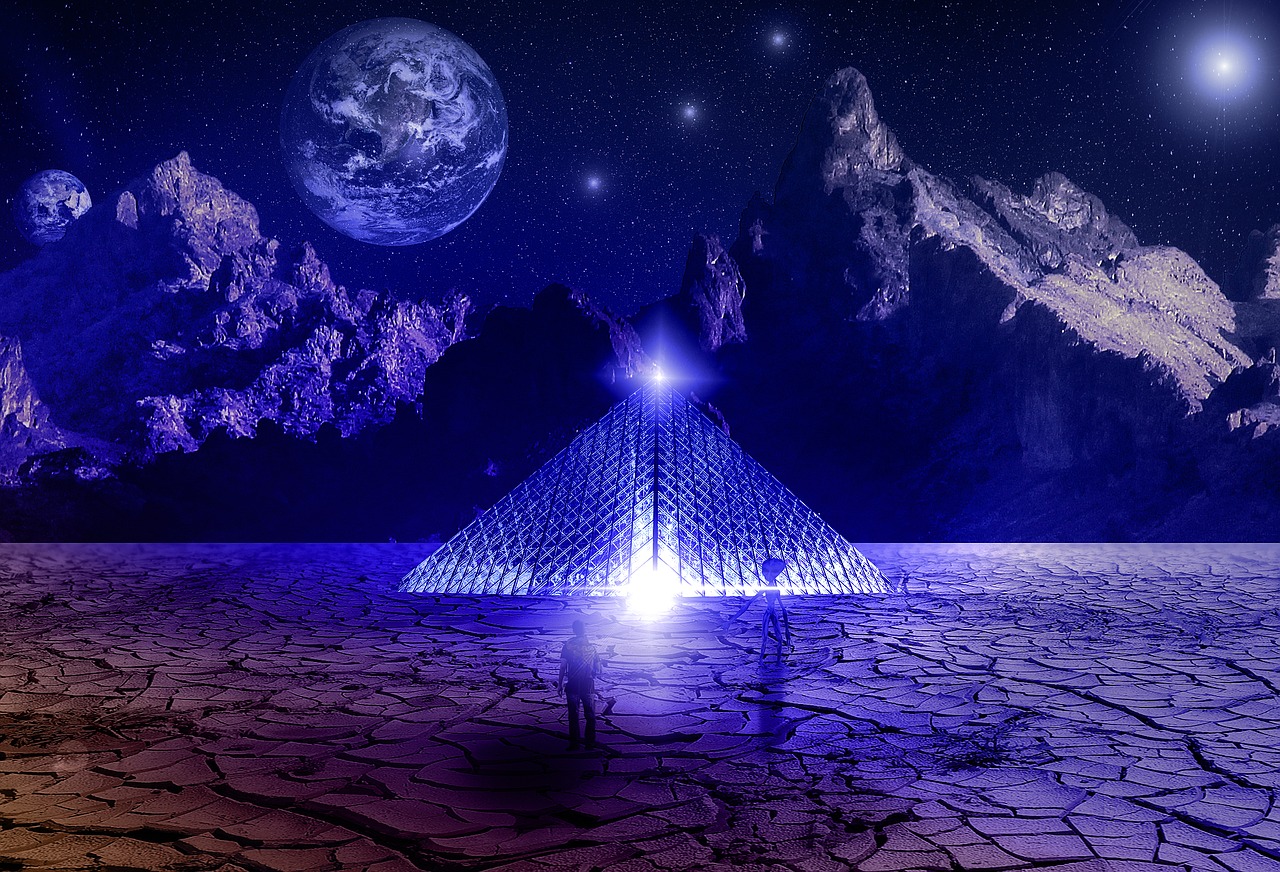 The simple three sided shape contains very powerful spiritual elements relating to manifestation, higher consciousness, revelation and enlightenment. The triangle commonly makes it’s appearance in visions, dreams, religion, deep meditative or psychedelic states, and also found in sacred geometry. The image that appears so frequently time and time again, one often ponders what could be the spiritual meaning behind the iconic triangle.

In short, the triangle connection with the human consciousness connects to the cycles of growth that leads to a higher state of awareness. On a spiritual level the triangle guides the person towards inner completion or a connection with an omnipresent force. Visions of triangles commonly appear in the minds eye during meditative states or may randomly appear in your dream right before you wake up.

In fact the triangle encompasses a hidden message that can be traced as far back to ancient Egypt. The Egyptian pyramids seem to be constructed and modeled after a sacred, pointed stone called the Ben-Ben; a triangle stone with the ability to revive itself, reborn again and representing the cycle of the season.

Article: Why The Triangle Is Associated With The Phoenix

The shape of the triangle has been known to manifest in our dreams, usually overlooked images such as pizza slices, stars, watermelon slices, pyramids, and trees. These triangles images emerged from our unconscious mind directing the dreamer towards their journey towards completion. The dream always paints a picture around these coded triangular shapes in hopes they will decode this valuable message.

The Triangle In Your Dream contains metaphysical knowledge regarding ascension to another realm after death, such as eternity or reincarnation. When the dreamer dies in their dream they are essentially reborn again. Our dreams speak to us in a metaphoric language that breaks down a basic plane figure with three straight sides and three angles. In fact these connected lines manifest in three elements that relates to your path towards enlightenment.

This basic shape encourages the dreamer to open the door to their inner self, wisdom, and finding balance and harmony within. Any sort of negative dreams relating to these images will show an unconscious distortion taking place. It may also represent the three elements of our being that need to be balanced in order to reach enlightenment.

Though the triangle does appear in dreams when someone might be caught in a “love triangle” or even being considered the third wheel. The triangle will than metaphorically unfold for you to investigate your consciousness and values.

If you notice in your dream that the triangle is point up it brings you towards the masculine energy, whereas the downward triangle pulls towards the feminine.

The triangle is known for its strength and is the most stable structure, but when taken apart at one side it becomes unstable. During your spiritual shift triangles will randomly show up in the most random places in your life as a sign that you have been chosen to take this path. By trusting your intuition and your guides it opens up the door through the 3rd eye.

The third eye or Ajna chakra is the sixth chakra that takes shape as the pyramid or triangle with an eye in the middle. Considered the seat of the soul the third eye is responsible for enlightenment, higher consciousness, and hidden knowledge.

The Third Eye In Dreams

The Eye of Providence (depicted as the eye on the dollar bill) is a symbol composing of a single eye, usually enclosed in a triangle and surrounded by rays of light or Glory, to symbolize the divine providence, whereby the eye of God watches over humanity.

Throughout the entire Bible the number 3 is used 467 times, representing wholeness, perfection and unity.

Everything in the universe is comprised of energy, therefore it can be postulated that the Universe is energy. Energy can be described into 3 class: undetectable, invisible, and visible. Energetically, triangles energy and power in the direction which they point – In physics, delta-v is a change in velocity.

This was so informative ! Thank you for this information !

Thank you so much