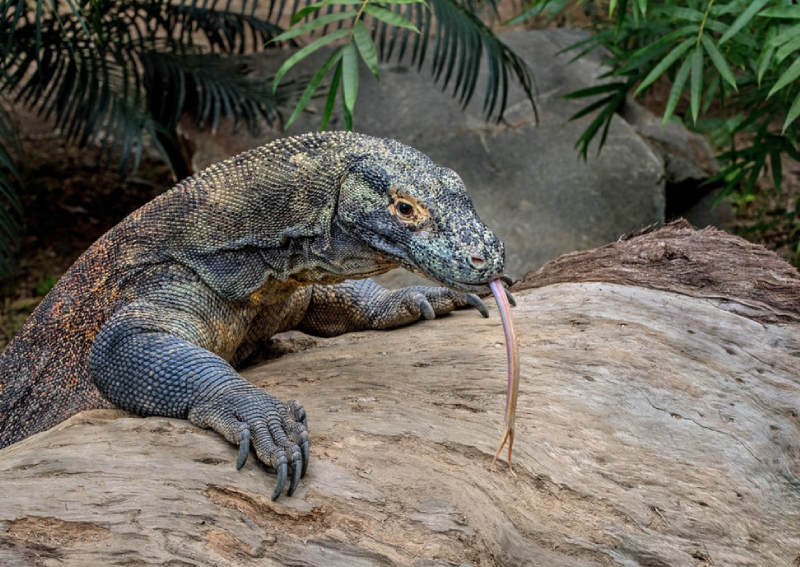 Are you dreaming about the komodo dragon?

The Komodo dragon is not only the worlds largest living lizard but it poses a potential threat to humans due to its venomous bite. What makes the komodo dragon such a powerful symbol is its close ties with the dragon.

The dragon has been known to be a symbol of evil, in both the chivalric and Christian traditions. In the Orient, it offers a different interpretation representing  supernatural power, wisdom, strength, and hidden knowledge. In most traditions, it is the embodiment of chaos and untamed nature. Just like our dreams the komodo dragon can appear both positive and negative depending on how you interact with it.

When this giant lizard appears in our dreams they are highly symbolic that carry a message – coded as a warning or a potential threat lurking close by.

Since a Komodo dragon falls under the category of a reptile it can be viewed in the same light as crocodiles, alligators, snakes, and lizards. Alternately, the dragon might manifest as the unknown destructive force; anger, rage and hate pent up inherently damaging the dreamer.

How you interact with the Komodo dragon helps determine the motive behind your dream. More than likely these reptiles are known to bite or attack the dreamer thus becoming a warning.

Being bitten or attacked in your dream implies that this threat might come from a person – or – related to your unconscious instincts, fears and primitive side.

Was this attack provoked or came unexpected? Where was the location of the bite? Was this an unfamiliar area or somewhere known to you? Who was around you? These are clues that help determine if this threat is either internal or external. This is why so often dreamer are being chased by the komodo dragon in their dreams. Anytime the dreamer runs from something it tells them about not facing their fears and when they eventually do, the dragon is killed.

If you are killing a komodo dragon in your dream it is a good symbol that suggests you have overcome something that was holding you back for years. Similar to the dragon in our dreams, this is an unconscious force that needs to be slayed or else it will consume you. Your dream is hinting at you dominating something that has controlled you for so long. Do you know what this is?

I dreamed a Komodo dragon was my palace pet, but there was a problem with it attacking and killing men.

I dream about eating a Komodo dragon. I wonder what does it mean.

I had a dream this morning of wielding a Komodo Dragon as a weapon. I held its tail as I thrusted it at unknown individuals that didn’t have my best interest at heart. It was as if it were an extension of my body. I was not in a state of fear whatsoever concerning the dragon or my adversaries. Its body was stiff like a pice of wood but it was alive and well serving as an instrument of my protection. It looked like a normal dragon one sees in pictures or in video. The morning before I dreamt of… Read more »